by Vidmaster
I have had great success emulating a Macintosh II (with color, using System 7.5) using Mini vMac on my Win10 here. Many childhood favorites, like Glyph 3, run nicely despite parts of the emulator for that particular machine being unfinished.
Once thing I am having problems with is CD-based games. Super Wing Commander for instance. From my original CD, I created ISOs which I converted into DMGs using real hardware. I can install and update the game seemingly without problems, just launching it fails due to the CD being not inserted. Apparently, the "disk" (floppy?) that vMac simulates is not detected properly, although the CD name seems correct to me. I have tried tricking the game into not needing a CD by installing all necessary data manually besides the executable but to no avail.

Thus far, Mini vMac has proven much *MUCH* better than Sheepshaver, which is terribly out of date in its Windows iteration. Is there any way I can get this to work?

Obviously, playability is not guaranteed as not all games run in the emulator. But I would at least like to try and the CD issue is preventing that.

According to this: https://www.mobygames.com/game/macintos ... r/techinfo
the game needs a 68040 cpu, which would rule out MniVMac II unfortunately.

Edit:
The game does run under MiniVMac II, System 7.1 on my side, sort of.
Only the smallest game screen will work without glitches though.
The .toast image has to be mounted by the utility named above.

Basilisk II or SheepShaver are the better choice methinks, as more RAM and a faster emulation are available.
Of course you have to mount the .toast image regardless which emulator you choose.
MiniVMac II, System 7.5 is not working for me, as there is not enough RAM to mount the .toast and play the game at the same time.

Edit2:
SheepShaver for Windows does mount Mac CDs again, if you try Cat_7`s latest build.
Did not try myself, as the Virtual CD/DVD ROM workaround is good enough for me.

by Vidmaster
Noticed this Utility yesterday too, will try. Officially, the game wont run BUT due to performance, at least that is what is stated in the readme. Hoping to fix this via speed-up.

by 24bit
Ah yes, totally forgot about the speed setting.
Speed 32X does play the large screen quite nice.
Again, you want System 7.1 to play, as RAM is tight with MiniVMac II.
Sound Manager 3 and Quicktime 2 need to be added to the 7.1 System folder by drag and drop. 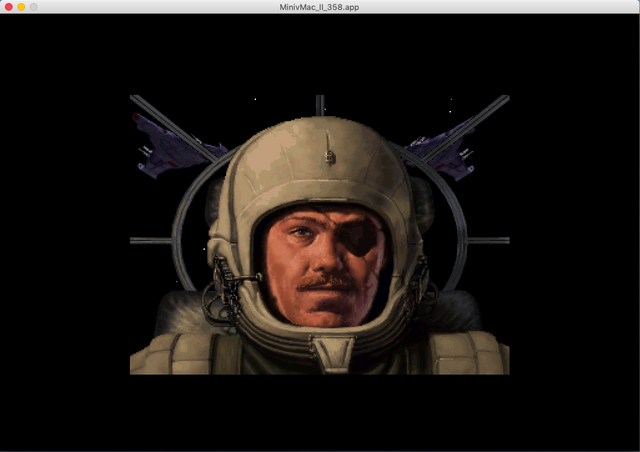 What about the funny accent of the game characters?
Was that a running gag of those days I did miss?

If you wish, I may add a playable (US ?) 7.1 instance for MiniVMac II on the game page over at Macintoshgarden.
All times are UTC
Page 1 of 1